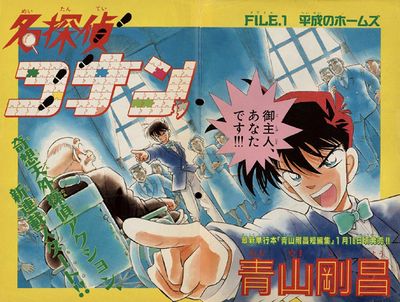 Magic Kaito is a shōnen manga series by Gosho Aoyama, about a thief named Kaitou Kid. Its publication started on June 10, 1987, with some chapters published in Weekly Shōnen Sunday and other chapters published in Weekly Shōnen Sunday Special Edition. After the first two volumes were released in 1988, the manga was put on hiatus as Aoyama started his new manga Yaiba (1988-1993), which was followed by Detective Conan (1994-present). Since then, more chapters have been published at irregular intervals during pauses of these works, and have been collected into a third, forth and fifth volume in 1994, 2007 and 2017 respectively.