Sonoko's uncle named Jirokichi Suzuki wants to capture Kaitou Kid to improve his fame, by Kaitou Kid to see if he can steal the jewel called, "Blue Wonder", in reality Jirokichi wants to use it as bait. He sent a message to Kid saying, "Attention Kaitou Kid. I challenge you: I've put the priceless artifact Blue Wonder atop my museum in the city. Come and take it if you can." Later, Kaitou Kid accepts Jirokichi's challenge and will steal the Blue Wonder.

That night, Ginzo Nakamori and the police are waiting for Kaitou Kid to come. The helicopters are flying around the museum. Kid arrives on the scene and seemingly walks on air to investigate the treasure he will steal. Conan Edogawa investigates and finds out the trick Kaitou Kid used. The second time Kaitou Kid tried to steal the jewel but it was revealed to be a distraction.

Show spoilers »
Jirokichi Suzuki got the jewel from indoors and is riding on a motorcycle while laughing until sudden, Conan is found to be on the passenger seat. Conan reveals that Jirokichi Suzuki is Kid in disguise. Conan already knew his identity since Kid came on his bike. It's the same as now: Jirokichi is not wearing any goggles. Kid took Jirokichi's dog to Shirou Park and used on sleeping pills to keep it there. If someone with contact lenses rides a bike without goggles, the wind's force will damage their eyes. Kaitou Kid manages to lose Conan and escape once again.

On December 22, 2008, a remastered version of the case was aired. Some scenes were edited out to fit the timeslot. However, exclusive to the remastering new scenes were added to this version, including scenes where Sonoko enthusiastically talks about Kaitou Kid, going on about him well over when the credits finish rolling. 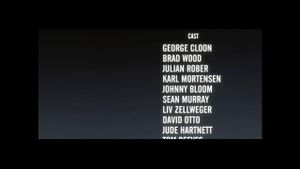