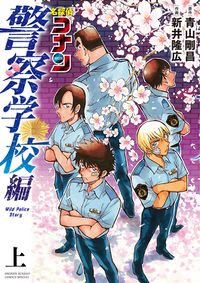 The story takes place seven years into the past, when 22-year-old Rei Furuya and his friends attend the Metropolitan Police Academy.

On August 4, 2021, as a part of Detective Conan Volume 100 project, an anime adaptation of Wild Police Story has been announced. On November 8, 2021, the first episode is announced to be aired on December 4, 2021 as part of the main anime.