The Case of the Besieged Detective Agency

Sera asks Ran if she can come over to talk to Conan. Once there, she learns Conan is at Agasa's with the Detective Boys and the fact Conan is with Kogoro on every case. They are soon interrupted when a gunman strapped with bombs and three hostages are brought into the agency.

The gunman, Isao Sawaguri, demands Kogoro to determine which of his three hostages killed his sister.

Conan calls Ran to ask who she was spotted walking with. Sera answers and pretends to end the call, allowing Conan to eavesdrop on the situation. Conan learns the case of Sawaguri's sister, Miku Sawaguri, was concluded to be suicide when she was found with her wrist slit and her ryokan room locked. Agasa and the Detective Boys leave to interview the local neighborhood association who were at the ryokan during Miku's death. Conan gradually learns more about the case from information spoken by Sawaguri, the media, and the Detective Boys. Sawaguri then realizes Ran's cellphone is still connected and prepares to shoot Sera until Conan speaks with his voice changing bow-tie as Shinichi Kudo.

Sawaguri, pleased to have another detective to find the culprit, obeys his requests to take pictures of the hostage's books which were autographed by Miku. During the course of the investigation, the authorities lose the chance to snipe Sawaguri after Ran closes the curtain as she believes Shinichi can find a solution to prevent any deaths. Miku's blog post reveals her last three visitors were from an elephant, a fox, and a rat. Conan explains the animals were based on the hostage's professions: The elephant is Sumika Nihei, due to her husband's seal designs is similar to an elephant's tusk. Shinobu Yuchi is the fox since she is a bakery and her food is colored like a fox's coat, and the rat is Tamami Mitsui whom is a stonemasonry which is gray like a rat's coat. In response, Sawaguri prepares to kill Mitsui.

Conan declares Mitsui is innocent as Miku was still alive due to the fact that the witness was able to identify the room's number, something that is not possible if the door was left wide open as the number would be hidden from the view, and only possible if they saw it when Miku was closing the door after Mitsui had left. As for Miku's death, it is a suicide or not?

Show spoilers »
Conan explains she was mimicking the suicide of the main character in her book. Sawaguri becomes distraught as a result and is taken in by the authorities.

Show spoilers »
Later, Conan reveals his previous deduction was a bluff to contain the situation and that Miku was really murdered by one of her three novelist friends.

Timeline of the day of murder[edit]

Yuchi confesses and reveals that Miku's debut book was actually a collaboration between the two. While Yuchi was initially proud of Miku when she received Naomoto Award, she was shocked and angered when she discovered that Miku had been copying her writing style after the editor told her of the similarity. When Miku refused Yuchi's request to announce her involvement in the debut work, she decided to murder her in vengeance.

For the full gallery see: The Case of the Besieged Detective Agency/Gallery 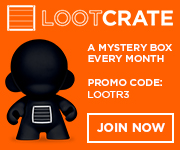