Saguru is another teenage detective, just like Shinichi Kudo and Heiji Hattori. However, he does a lot of his work in England, as well as Japan, and claims to have handled more cases than Heiji. In the Magic Kaito manga and 1412 anime franchise, his main goal is to capture the master thief, Kaitou Kid but in the Magic Kaito anime specials franchise, Saguru's main goal is to capture the assassin, Spider and using Kaitou Kid as a bait.

As a detective, Saguru takes great interest in learning culprit's motives, asking "How come you did that?" Saguru also pays a great deal of attention to time, carrying a pocket watch that only loses 0.001 seconds per year. In cases, Saguru tends to note the time to the second. He is even more extreme in his earliest appearances; he notes during the Adam's Smile painting heist that Kaitou Kid is a minute and 13.02 seconds late.[3] During his first appearances in Magic Kaito, Saguru is seen often wearing an Inverness cape and a deerstalker, much like the stereotypical portrait of Sherlock Holmes. In later appearances he has given up this look opting for a suit instead.

His speech is usually formal and polite, like his attire; for example, he uses the more humble pronoun 'boku' to refer to himself during the Detective Koushien case, while Heiji uses 'ore,' which is a cockier and less polite way of referring to oneself. However, Saguru displays a distinct sense of arrogance himself, particularly during his earlier appearances. He displays an arrogant assurance in his ability to capture the Kaitou Kid, and conveys a superior attitude towards Inspector Nakamori's men in volume 3 of Magic Kaito. In the Detective Koushien case in Detective Conan, he frequently mocked Heiji, calling him rash and hotheaded and repeatedly expressed his disappointment in Heiji's seeming incompetence, and despite being clearly defeated by Heiji's deduction, he showed no such regrets or humility. Kaito describes his tone as sugary yet obnoxious.[4].

Saguru also appears to be something of a flirt. He kissed Aoko's hand and tried to sweet-talk her into going on a date with him, [5] And during the Detective Koushien he was particularly attentive to the female detective present, even promising that he would "solve the case for her." However, it's possible that in both of those cases his actions were at least partly intended to irritate Kaito and Heiji, respectively.

Saguru Hakuba has brown-blonde hair; his eye color is usually blue in the manga, but brown in the anime. According to Saguru's own introduction to Aoko, Saguru is 180 cm tall (5'11"), weighs 65 kg (143 lbs), was born on August 29th under the Virgo zodiac, and is blood type 'A'.[5]

He also seems to have an eidetic memory, just as Shinichi, Heiji and Kaito have proven themselves to have, and is capable of remembering long strings of data, particularly (in Saguru's case) precise times down to the millisecond.

Prior to arriving in Japan, Saguru spent time as a detective in England and attended London Bridge High School. According to Saguru's father, Saguru is most interested in meeting the infamous Kaitou Kid and is taken to the Adam's Smile painting heist. Saguru fails to capture Kid but begins collecting clues as to Kid's true identity.

In the anime special adaptation of Saguru's introduction, The Splendid Rivals, the circumstances of Saguru's and Kaito's meeting have been altered. The target is a purple gem in the eye of the Bronze Statue. It is revealed that Saguru has no interest in capturing Kaitou Kid, but rather, Spider who is part of the mysterious organization that Kaito is after. Saguru humiliates the police and he figures out where Kaitou Kid was hiding. He nearly captures the thief with sleeping gas, but Kaitou Kid takes his gas mask so Saguru is taken down by his own trick. Kaitou Kid then disguises as Saguru to get close to the gem, but the scheme is quickly figured out when the police finds Saguru's sleeping body. Later, Saguru forces himself to wake up when Kaitou Kid is caught in Spider's illusion. Saguru saves him by spraying him with water. After both Spider and Kaitou Kid escape, Saguru falls asleep once more. Much to Kaito's dismay, Saguru transfers into Ekoda High School Class 2-B and continues his mission to unmask Kid. He is now the classmate of Kaito Kuroba, Aoko Nakamori, Akako Koizumi, and Keiko Momoi.

In the special The Secret of the Red Tear Saguru appears briefly in class, reading a book that mentions Spider. He is shocked by Akako's beauty and is seen blushing.

Although Magic Kaito is no longer frequently continued, Saguru has made several appearances in the cases that have come out alongside Detective Conan. He telephoned Kaito from Paris to give him information on the thief known as Chat Noir, and also appeared in the Dark Knight arc, where he arrived too late to stop Kid's theft but correctly deduced his methods and kept up with Kaito in uncovering the identity of the mysterious 'Nightmare.'

Saguru Hakuba's first appearance in Detective Conan was in the Twilight Palace case, where he was one of six detectives invited to investigate a murder that had been committed 40 years ago in an old mansion. During the case it is revealed Saguru has a pet hawk named Watson whom he got in England. [8]

His second, and only other canonical appearance, was in the Detective Koshien Case. Although he initially believed that he was to represent the 'east' in a contest between four high school detectives, in fact the competition had been arranged by a woman seeking a detective 'with a strange accent' who had incorrectly accused her friend of committing a murder. Thinking that Saguru's Japanese might be accented due to his time in Britain, she invited him, as well as Heiji Hattori, who is well known for his strong Kansai accent.

During the Detective Koshien case, it was stated that Saguru had returned to England sometime before the case, and had returned to Japan specifically to compete in the Koshien, thus explaining his absence from the Kaitou Kid heists in Detective Conan. 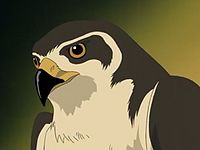 Saguru appeared in Episode 219: The Gathering of the Detectives! Shinichi Kudo vs. Kaitou Kid (2 Hour Special). During the Kid case, set some time before Shinichi was shrunk, Kaito thinks to himself that the heist will be much easier without Saguru around, as he has apparently returned to England. Kid was therefore not expecting a challenge, so when the officers trick him into revealing himself and successfully locate him in the ventilation shafts, Kid wonders aloud who, if not Saguru, could be helping the police.

Saguru also made a cameo of sorts in the tenth Detective Conan movie, The Private Eyes' Requiem. Claiming that someone dear to him had been captured by the theme park, he assisted Conan and Heiji in their investigations that day but later disappeared after they were separated by attackers. It is later revealed that 'Saguru' was actually Kaitou Kid in disguise.

His father is the Metropolitan Police chief in Japan. His paternal uncle also apparently runs a research laboratory in Ekoda. His father appeared only once in Magic Kaito, when he asked Inspector Nakamori to look after Saguru.

In subsequent appearances in both manga series, Saguru's sole caretaker seems to be a housekeeper whom he refers to as 'baya'[9] or 'governess' in the English translation.[10]

The relationship between Saguru and Kaito is a rather tense one; Saguru convinced himself early on that Kaito was indeed Kid, and during the first few volumes he's constantly throwing out offhand comments that show his suspicion. However, later on in the manga, we have a small scene where Saguru calls Kaito from Paris in order to give him some information on 'Chat Noir', a dangerous, fellow gem thief trying to outshine Kid.[11] Though Kaito continues to vehemently deny being Kid, Saguru gives him the information anyways, ending the conversation with, "Do your best at least. I don't want to see you lose to anyone before I capture you myself". Whether that was his actual motive, or if he was merely concerned for Kaito's well being, or a mix of both, is unknown.

Prior to the heist in Volume 3, Chapter 3, Saguru seems to flirt with Aoko after Kaito turns down Aoko's offer to go to the Prince Prince concert. Saguru and Kaito then make a bet that if Saguru manages to catch Kid then Saguru will go to the concert with Aoko, and if he fails to capture the thief, Kaito will go instead. When interviewed before the heist, Saguru notes "Tonight's battle has a special meaning to me".[5] However, Saguru seems to only be doing this to irritate Kaito, and although initially surprised to have Saguru want to go to the concert with her, Aoko wants Saguru to fail during the heist so she can go with Kaito instead.

Despite Inspector Nakamori's years of experience with Kaitou Kid heists, Saguru displays little respect towards him. He is quick to point out that the Inspector has amassed little concrete data on Kaitou Kid over the years, and will not hesitate to order the Inspector and his men around despite technically having no authority to do so.

Saguru and Spider are both enemies.

eBookJapan held a character popularity poll from April 12, 2011 to May 12, 2011 in which readers of Detective Conan (international included) could vote for their favorite character. Saguru placed 10th in the poll with 57 votes out of the 5,883 that were cast.[12]

In honor of the release of the 15th movie, Quarter of Silence, the official Conan movie website held a popularity poll for the top 10 Detective Conan characters. Saguru placed 9th out of 10.[13]