That night at Raiha Pass, Shuichi Akai received a shot on his lung from the Black Organization member, Kir. She is ordered by Gin once more to shoot Akai, this time in the head, to make sure that he dies. Kir walks closer to the wounded Akai and points her gun straight to his head. Akai remarks that he would never have thought that it would end this way, which Kir agrees with, before she finally pulls the trigger and shoots one more bullet to his head, thus killing him. Gin smiles as he sees his archenemy die. Suddenly a police siren is heard coming to the assassination spot, and Gin commands Kir to clean up. She then sets up a time bomb and puts it near Akai's body, before finally leaving. Akai's car, along with his body, explodes violently right in front of the police car that was coming. In the destroyed car, Akai's cellphone rings...

It was Jodie who called him. She then wonders why Akai didn't answer her. She, along with the Detective Boys and Camel, has just exited the New Beika Hotel, after Conan, yet again, solves another murder case there. Camel then comments that Akai may have just taken a nap, as he didn't sleep during the previous showdown with Black Organization. Jodie then reminds Conan about his desire to got to the hospital once more. Conan says that he had changed his mind, saying that the kids may be bothered. He also adds that today is a Friday the 13th, and decides to go home and sleep. As he walks away, Jodie is reminded of her conversation with Akai.

Back at the hospital, Jodie is shocked when James tells her that Akai had departed for Raiha Pass to meet Kir. James then assures her that he'll be okay, but one of the agents tell James and Jodie that earlier, an exploded truck was found at Raiha Pass with a body inside it. They found it right after they watched the latest news in the television. Jodie said that the body may not be Akai's. As the corpse's right hand was not burned, James told Jodie to check if the fingerprints match with Akai's. She then remember that Akai held Conan's cellphone before. As his cellphone now in her possession, Jodie and James then immediately go to the police department. James also reminds Jodie to make sure that the police remain unaware about Akai's involvement with FBI. Jodie then give Conan's cellphone to Detective Takagi with Akai's fingerprints on it, then makes up a story about her encounter with him. To the shock of Jodie, the fingerprints match! Takagi also says that the body is full of mysteries. Jodie then walks back to her car, where she cries over Akai's death. James, who was sitting in the backseat, comments that now, they have planted a wedge in the Organization. A wedge of steel that can never be taken off, although he also says that the price was too large. Vermouth, passing by in a motorbike, comments that she doesn't need two silver bullets; one is enough.

The next day, Jodie returns the cellphone to Conan. However, it was switched, since the original cellphone is still needed for the investigation. Conan realizes this when he checks the serial number of the cellphone, but doesn't say anything.

File 612 - Mechanics and the Alibi[edit]

The culprit is Minayo Hasaka.

Conan and the Detective Boys goes to a bookstore to read books, While reading, Conan meets Eisuke, Ran, and Sonoko. They went to the bookstore to buy a references book, but Eisuke doesn't want to buy the book. After leaving the Detective Boys, an unknown man is following them. "Maybe he's an FBI guy", said Conan. Then Conan and friends goes to a karaoke to celebrate Eisuke back to school, but in the end of karaoke, the "FBI guy" was killed. 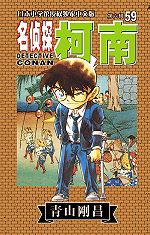 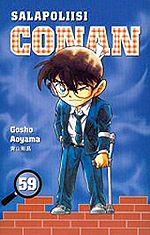 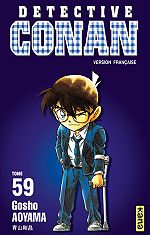 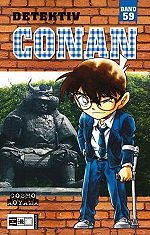 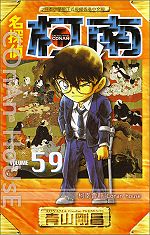 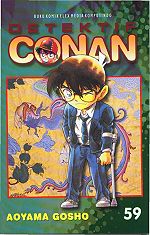 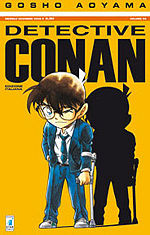 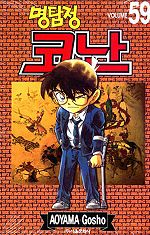 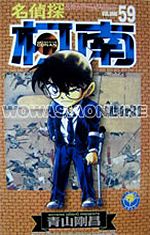 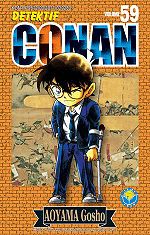 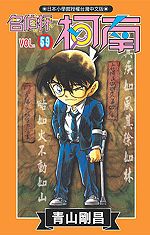 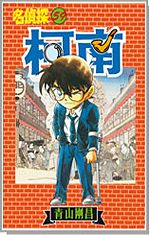 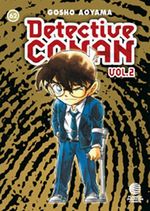 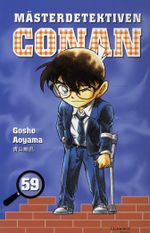 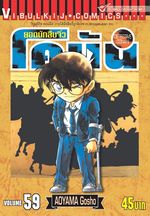 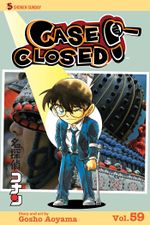 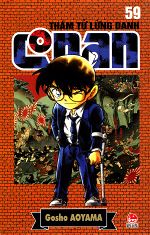