The Mysterious Mansion of a Band of Thieves Case

The Mysterious Mansion of a Band of Thieves Case (盗賊団謎の洋館事件 ,Tōzoku-dan Nazo no Yōkan Jiken?) is the 104th and 105th episode of Detective Conan anime. 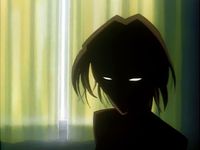 A mysterious figure is hidden inside somewhere in the mansion. Who is this person?

When Kogoro gets a letter from a person named Misao Nakamura, he automatically assumes it's a female and decides to run to the rescue. When he arrives though, he finds two men claiming to be related and a bunch of clocks simultaneously going off. What makes things even more complicated though is a clock with a goblin statue instead of a cuckoo in it. What's really going on at Nakamura Manor?

The Goblins remind Kogoro and Conan of the gang known as the Goblin Gang, and using a flash light Conan begins to realize the two gentlemen claiming to be Nakamura's could actually be after something much more valuable. If they are indeed impostors, then what happened to the real Misao Nakamura? Can Conan solve this before times runs out for them all? 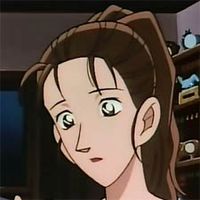 The real Misao Nakamura was hidden inside the closet which the goblin gang kidnapped her and poses as Misao Nakamura. She is Monjiro Izubuchi's granddaughter.

Those two mysterious men are actually the former members of the goblin gang. They wanted famous gems that their leader had stolen and kept to himself. Before his death, Monjiro had set clues on how to access the hidden coocoo bird in his clock. The goblins needed Kogoro's (in reality, Conan's) deductive skills to figure out where the gems were hidden.

The clue that has been left was number 11:00 on digital clocks with a scratch between the last two zeroes. Reading this number 110|0 in Japanese is 百獣の王 (hyaku jyu no o) meaning the king of the beasts which points to the lion: see Goroawase. The second hint was letters: L N R. Which were the initials of light, night, right.

The fake Misao had a gun hidden in his bandaged hand. However, he was knocked out by Kogoro and Ran knocked out his associate.

For the full gallery see: The Mysterious Mansion of a Band of Thieves Case/Gallery