Case 1: Crime at the Private Mansion[edit]

Shinichi concludes that the murderer could only have been someone who knew the mansion very well and eventually points his finger at the landlord. The latter, being in a wheelchair, then starts to laugh, claiming that he's in no position to be able to commit such a crime. Shinichi then grabs a globe and throws it towards the owner who immediately jumps out of his chair to avoid it. The maid and guests are all in shock. Shinichi then says that he's been healed for a while now as reported by his doctor, which Megure confirms. 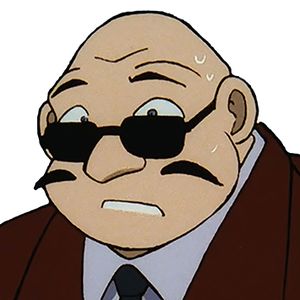