The "No parking" sign is an overlapping of the letters N and O; meaning "No". The color blue of the sign is pronounced as "Ao" in japanese. The two words combined gives "Aono". Furthermore, the "7155" message that the second victim left, is a reference to the article of japanese traffic law, that mentions that a driver must never use his cellphone while driving. Aono's girlfriend committed suicide the week before. He drove without his license while trying to call her, which got him caught by the two police women, Touko and Shiori, who held him back. He believed that he could have prevented the suicide, if they had let him go, and that they wasted time, when they got a call from their friend Yumiko, known as Yumi to them, who invited them to karaoke. But Chiba explains that he was held back, because he could have cause an accident, especially if he drove his car in a panic. Moreover, right after he got his girl friend's text message with a goodbye she had sent him a voicemail, that also recorded her fall. It proves that he could never have stopped her in any circumstances. Aono missed the voicemail, because he had been busy trying to call her phone. Aono breaks down crying.

Chiba finally recognises Naeko as his childhood friend after the latter used the same words that Chiba said to her about not crossing the red light and respecting traffic laws.

At the end of the case, Kuroda calls Amuro on the phone, calling him "Bourbon".

Kaitou Kid and the Fairy's Lip

Kazuha notices Heiji staring on her lips as he remembers Shinichi and Ran kissing, assuming that it must have been on the lips. He also plans to confess to Kazuha somewhere with nice scenery. This time, Kaitou Kid is challenged to steal the Fairy's Lip, the biggest conch pearl in the world. Inspector Morofushi assists in the protection of the pearl with his wits. While explaining the magnificence of the pearl, the jewel broker is interrupted by a woman who says that the pearl was the jewel in the marriage ring her grandfather gave to her grandmother. The jewel broker took the pearl under the pretense of finding its worth but never returned it. Since her grandmother is dead, she wants to put it into her coffin before the funeral. In between this exchange, Kaitou Kid disguised as one of the officers slips in a card announcing his intention to steal the Fairy's Lip at midnight.

Kaito Kid returns the Fairy's Lip to the granddaughter of the original owner to compensate for the funeral of her grandmother. Heiji deducted that the jewelers is not the real owner and is probably not a real jeweler, since he lied about the location of the pearl's kind. The jeweler probably read online the story of how the owner's grandfather got the pearl from a billionaire in gratitude for helping his wife giving birth safely, and decided to swindle the pearl from the owner. Even though Heiji wasn't able to identify the fake Kazuha until the end, when asked by the real one, he says that he did realize that since the duplicate didn't have seaweed stuck in her mouth.

Show spoilers »
It is revealed that Scotch's real name is Hiromitsu Morofushi, and that he is Komei's younger brother. He, along with Wataru Date, Kenji Hagiwara, Jinpei Matsuda, and Amuro used to attend the police academy together. Komei receives his brother's broken cellphone and realizes that Hiromitsu is dead. Komei recalls a time, where he talked to his brother and where the latter told him about his friend, who was nicknamed "Zero".

Masumi points out Shinichi's sickness and that he is never around when Conan is near Ran, putting pressure on Conan. 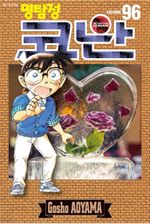 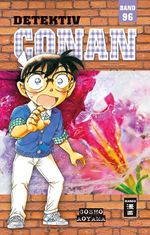 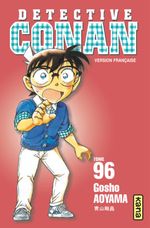 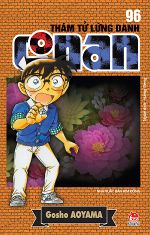