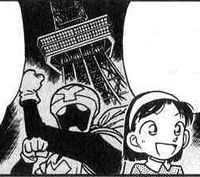 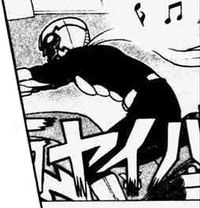 In a scene, Kamen Yaiba was blown off with his bike and his identity was about to be discovered by Jocker's boss.