File 102 - A Death During a Live Broadcast

Conan wakes up to catch Ran sneaking out of the house. She says she is going to meet Shinichi for breakfast, which makes Conan happy until he wakes up enough to realize that Ran can't possibly be going to meet him. Though he tries not to care, he ends up following her with the excuse he wants to see Shinichi as well. Ran admits that she isn't meeting with Shinichi, but all she'll tell Conan about her 'date' is that it's someone important to her. When Conan refuses to leave, Ran goes out to get some cakes to bribe him with. Conan watches other cafe patrons arrive: a woman in dark hair and sunglasses who keeps checking her watch, a graduate student with his thesis, and a beautiful lady lawyer with an appointment. As Conan watches her, he gets a strong vibe that makes him think she's angry. Another patron arrives, a big man with a bandage on his ring finger who sits immediately at the bar. The dark-haired woman asks after the bathroom, though she already knows that they're not gender-separated. The odd knowledge piques Conan's interest before his thoughts are interrupted by the arrival of Shiro Wakaoji, a handsome young man with a scheduled rendezvous. Shiro's phone rings and he brags to a friend about how easily he'll be able to take advantage of his date, whose description sounds like she could be Ran.

Before Conan can do anything, Ran calls him on the restaurant phone, explaining her delay and asking if anyone was looking for her. Conan describes Shiro as "someone with long hair", which Ran affirms must be her date even though the hair is usually tied back, like Shiro did just after getting of his phone. Shiro goes into the bathroom just before Ran hangs up to come back to the cafe. However, almost immediately, Shiro screams because he found blood oozing out of a bathroom stall. Conan rushes in and after finding the stall door stuck, jumps up to peer over the top. The dark-haired woman from before, Yayoi Himeno, is messily dead on the floor.

Ran arrives at the café, joining the crowd gawking at the crime scene. Inside, Megure confirms with Conan that Yayoi's body was up against the stall door, dead from a knife to the heart. In addition, a red line around her neck implies that she was likely strangled unconscious before she died. Megure concludes that Yayoi was the unlucky victim of robber who fled through the bathroom window. Conan protests that the window is clean, but when Megure sees no significance to the point the lady lawyer says that Megure should listen to Conan. Megure recognizes her with surprise, but before Conan can ask from where, she explains that the window should be bloody if a blood-spattered robber escaped through it. Because the weapon was also left behind, the culprit must still be one of the café patrons, who tried to disguise the murder as a robbery. Her quick deductions leave Conan in awe for matching him and a bit intimidated.

In order to leave the stall, the murderer had to climb over the top of the stall door, which the lawyer (Ms. Kisaki) proves is possible for some people. Following Kisaki's admonishment to find the culprit quickly, Megure tries to find who else visited the toilet. Conan volunteers that the four patrons he had been watching all did, including Kisaki, who smirks and compliments his memory. All four suspects explain why they came to the café. Conan finds himself oddly certain that something is different from before the murder, but he can't pinpoint what. Given the victim's behavior, he realizes the meeting place must have been the toilets, not the café, and suggests Megure have everyone try to fit over the stalls. Only Sumeragi and Kisaki fit, but the conclusive evidence of the strangling-string is absent. The ribbon Sumeragi uses to tie his books is found, but he denies being the murderer. Conan believes him because he used the toilet first and Yayoi didn't simply follow him in. As a result, Kisaki is the primary suspect, but if so then her involvement in the investigation is strange.

Conan's thoughts are interrupted by a CSI officer leaving with the knife—as it passes by, Conan realizes there is blood spatter on the entire knife except for a thin strip of the blade next to the handle. He snatches the knife evidence bag to look closer, and realizes he also has blood on one of his hands. The only place it could have happened was in looking over the stall door, but there's no way it should have been there. In a flash of inspiration, Conan realizes why and how it could be there, and thus who the murderer is. However, he still needs to find the string as evidence. Kisaki interrupts his thoughts to return the evidence bag; Conan finds it hard to think for some reason when facing her, but then notices the wedding ring on her finger and realizes what he missed before.

Conan realizes the culprit and evidence while Megure accuses Sumeragi of being the murderer. To prevent a wrong arrest, Conan draws attention to the blood on top of the door, which doesn't fit with someone climbing out of the stall. He then draws attention to the knife, and how the culprit likely has no blood on them, but something was tied to the knife to pull it out of the victim from a distance. Kisaki picks up on Conan's train of thought to conclude that the victim passed over the door rather than the murderer.

The only person strong enough to perform such a task is Juzo Tonoyama, but Kisaki admits there is insufficient proof. However, Conan calls out the fact that Tonoyama's bandage is now on his middle finger, whereas when he arrived it was on his ring finger as part of his "story". Megure realizes the bandages were used to strangle Yayoi and then tied to the knife. Tonoyama tries to escape by charging Kisaki, only to be stopped cold by a perfect Judo throw. Conan feels a strange deja vu witnessing it. It turns out that Tonoyama was having an affair with Yayoi, and he killed her when she asked him to marry her out of fear she would reveal his infidelity to his wife.

After Tonoyama is taken away by the police, Conan refocuses on who the person Ran was meeting must be. When Ran finally makes it into the restaurant, Conan calls out Shiro on his attitude, but Ran doesn't know him and is confused by Conan's behavior. It turns out that Sonoko was the man's intended rendezvous, while Ran's meeting was with Kisaki—her mother. Conan is shocked, and finds himself hiding behind Ran while they walk together because his body reflexively remembers the times Kisaki berated them for getting into trouble as children. Ran brings up that it has been ten years since Eri left Kogoro, and suggests she come back. Eri vehemently refuses, but it's clear she retains some feelings for Kogoro. However, upon seeing Kogoro's behavior on his recent TV show, she warns Ran off getting involved with any childhood friends and storms off, leaving Conan to glare at Kogoro's image on TV.

File 109 - The Sakura Blossoms and the Hole in the Wall

File 110 - The Power Of Levitation 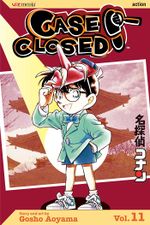 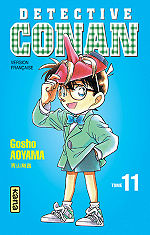 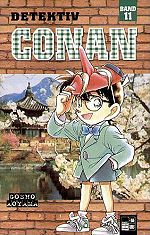 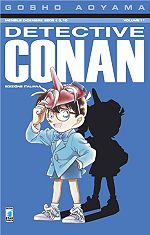 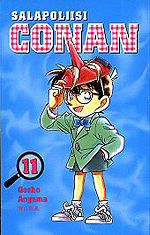 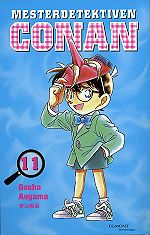 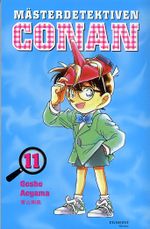 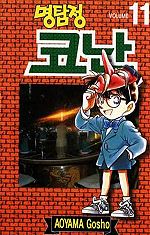 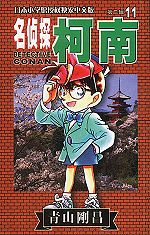 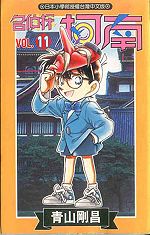 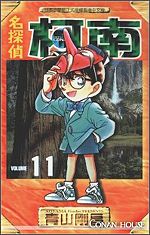 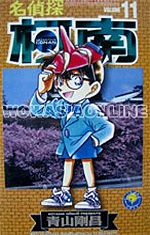 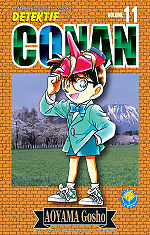 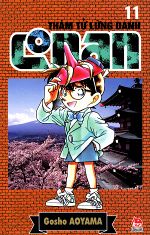 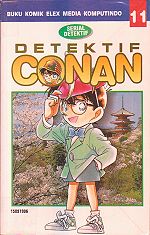 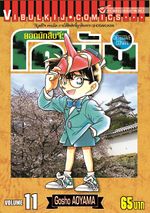