Lucufer (ルシュファー ,Rushufā?) (sometimes transliterated as "Lucifer", which would actually be ルシファー (Rushifā)) is a Kami[1][2] appearing in the Magic Kaito franchise, getting summoned by Akako Koizumi, usually to get premonitions about the future of Kaitou Kid. He seems to be an abstract deity of evil and is an allusion to the western conception of Lucifer. Summoning him seems to be a highly debilitating act for Akako.[3]

Like Akako herself, he's not a canon character in the world of Detective Conan.[4][5] 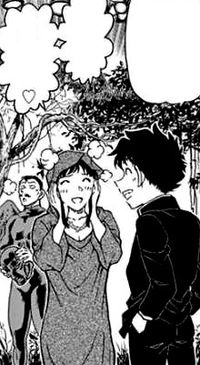