girigiri chop is a single by the music group B'z released June 9, 1999. The titular song is the 6th opening of the anime. The other song on the single, ONE, was used as the closing theme to The Last Wizard of the Century. 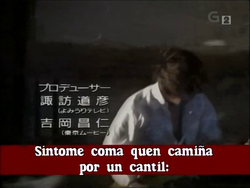 Galician version subbed the opening instead of dubbing it 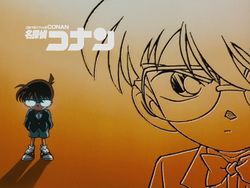 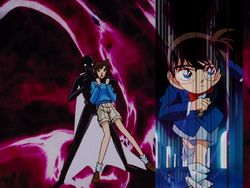 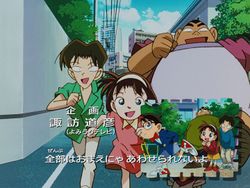 On the edge, just like walking along a cliff
What’s wrong with me tottering a bit?
Because even then, I have no where to go but forward
In my case, things’ll be alright.
だいたいどんな雑誌をめくったってダメ
ため息でちゃうワ
僕に似合う服なんかはありゃしないのよ
世紀末の流行色

Síntome coma quen camiña por un cantil:
ando a cambalear.
pero cómpre tirar para diante.
No meu caso, non hai fallo.
Even if I read too many magazines,
I don't find anything. Demoralize me.
There's no clothes that fits me,
with the trending end of the world colour.
I don't combine with your clothing style.
Sorry for disappointing you .

If isn't too dangerous, isn't good for me.
Please, don't look at me with that cold eyes.
Let me make at my way.
Otherwise, I have nothing to bear.