The Marriage Registration's Password (婚姻届のパスワード ,Kon'in-todoke no Pasuwādo?) is the 849th and 850th episode of the Detective Conan anime.

Yumi was unaware of Shukichi being a famous shogi player for a long time, mostly due to her lack of interest in investigating, and an apparent personal disinterest in shogi (she is more of a Mahjong type). She assumed Shukichi was a "meijin" at some minor game like shiratori or fishing. She eventually saw Shukichi on television and figured it out. After realizing that meijins can make 100,000,000 yen in salary, she desperately tries to reclaim an envelope he left for her, which her ornery building manager had seized. (After Yumi had mistakenly put it in an old magazine and took it out to the trash on the wrong day).

The envelope was given to her by Shukichi Haneda, and was said to open it when he had collected all seven. Those seven were figured out to be the seven titles of shogi meijin.

Show spoilers »
Conan folded the sheet of paper into a shape of a crane in two ways. The paper then revealed the hint "root five" and "root three", in which the password were 22360679 and 17320508 respectively. When the second password was successfully entered, the computer's webcam revealed the envelope was in Yumi's breast pocket. It turned out that the old man, being a former pickpocket, stuffed the envelope into Yumi's coat when she entered his house, and adjusted the temperature so cold that Yumi would not take off the coat.

Meanwhile, Shukichi lost the last game and therefore was unable to acquire the seventh Meijin title. He then called Yumi to cancel the proposal. An angry Yumi then shredded the marriage registration form into pieces, all the while pretending not to know what was in the envelope, shouting to him so that he would try to get the seventh Meijin title the next time. However, Yumi was unaware that the title match only occurs once a year. 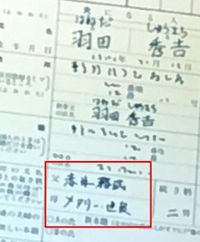 For the full gallery see: The Marriage Registration's Password/Gallery