Conan, Ran, and Kogoro went to Ohama Coast from Beika Street for two hours and they are going to have fun surfing at the beach. First of all, the reason why Kogoro wants to go surfing is because of the woman named Nagisa Imaoka. She invited Kogoro. While at the beach, Nagisa is pretty good at surfing.

After surfing, they went back to the Surf Shop Seagull to take a break and the man named Kaishiro Imaoka recognized the famous detective, Kogoro Mouri. Kogoro still wants to continue surfing. Conan found the moon phase calendar on the wall and tonight is going to be a spring tide. The place, Ohama Coast, is famous for the large high tides and low tides. Kogoro thought Nagisa is Kaishiro's daughter but it's actually his wife. When Nagisa, Ran, and Conan are about to go back surfing, Kaishiro tells them to stop because he heard the forecast in the car that the storm is coming. When they looked through the window, they still see the waves that it is still normal size. Ran heard that it will be fun if there are few waves. Kaishiro thinks they are people like that but he's against it. He mentions that they are bunch of people who lost their lives to tall waves. They should never underestimate the ocean. Nagisa argues with Kaishiro that if he keeps saying such childish things, people will never enjoy surfing. Then, Kaishiro argues back to Nagisa to stop being so ignorant. After the argument, Kaishiro left, and Nagisa thinks Kaishiro is just an old geezer who likes to play with plastic models. Nagisa isn't afraid of the tall waves and she still has the guts to go surfing. Since they can't go surfing, they'll have to wait till tomorrow morning.

Later, the storm has arrived and in the lodge, Conan is stepping on Kogoro's back for massage. While massaging, Ran mentions that Nagisa used to be the surf shop's customer. According to the landlord, she would come challenge the waves frequently. Then three years ago, she got conquered by the waves instead. Suddenly, Kaishiro entered the lodge and told Kogoro that Nagisa is missing. She must've gone surfing during the storm. Conan sees Kaishiro's cell phone in his shirt pocket that it's flashing. Kaishiro checks it out and he got a text from Nagisa. It says, "Sorry for not getting permission. At a karaoke bar. Don't worry." They felt relieved that she didn't go surfing during the storm.

The next morning, the storm is over and it's a beautiful day. Kogoro, Ran, and Conan are just taking a walk on the beach. While walking, they found Nagisa and she is found dead.

Kogoro tells Ran to call the police and tells Conan to get Kaishiro. He also tells Conan to bring cardboard boxes or something to prevent more footprints just in case. They were no footprints around Nagisa's body until Kogoro, Ran, and Conan came near the body.

When the police arrived to investigate, Kaishiro is crying over Nagisa's death. While Kaishiro's crying, Conan notice that there's sand on Kaishiro's back shirt. The police recognize Kogoro and they might get an autograph from him later.

While checking the dead body inside the shop, Kogoro deduces that it is an unfortunate accident. Nagisa couldn't sit still after seeing the huge waves. That's when she texted a lie about going to a karaoke bar to Kaishiro. She wore the shop's wetsuit, grabbed the shop's surfboard, and left through the backdoor towards the ocean. Conan asks that why didn't Nagisa not wear her own wetsuit. Kaishiro answers that's probably because she thought he would notice it missing. She knew if Kaishiro finds out, he would stop her. While Nagisa was enjoying surfing, a tall wave engulfed her. Then, the leash cord wrapped around her neck. Furthermore, the waves pulled on the cord, eventually strangling her. Conan mentions that the strangle mark goes into the wetsuit. Kogoro thinks the cord going inside the wetsuit is a possibility. Conan then said the wetsuit is on tightly stuck to the body, preventing any water inside. Kogoro then tells Conan to go away to continue his own deduction. Kogoro deduces that the surfboard went missing, and Nagisa came back to Kaishiro's coast for him. Conan notices something strange about Nagisa's toenail. When Ran and the detective take a look at Nagisa's toenail, her right toenails are painted with yellow nail polish but her left toenails are unfinished. Conan just remembered something. While he was calling Kaishiro that he found Nagisa's dead body at the beach and getting a cardboard, he found the bag with yellow marks. When he goes back checking it, he has no doubt about it. When he went back to the beach, he ask the policeman about the footprints in the range of 100 km from the corpse. The policeman confirms there weren't any footprints and it was a smooth beach. Conan is still thinking how did Nagisa's dead body get to the beach with no footprints until sudden, he found the dead crab. It was smashed down by something. Conan remembered that there is a crane truck model that's displayed in the shop. When he went back inside the shop, Conan found the cardboard that has a crab mark on it and he finally solved the case.

Show spoilers »
While Nagisa was alive, her actual age is "35". When Conan knocks out Kogoro with his stun gun wristwatch, he uses the voice changing bowtie using Kogoro's voice to present his correct deduction. He reveals that this was a murder case disguised as an accident. At Nagisa's left toenails, the pedicure is half done. It's weird to leave it unfinished and go out surfing. During her pedicure, she was murdered. The culprit is Kaishiro Imaoka. At Nagisa's strangle mark, the part of it is under the wetsuit. This happened because, trying to disguise it as a accident, he made her wear a wetsuit after murdering her with a leash cord. Kaishiro tells Kogoro to hold on and says in order to wear a wetsuit, you would need lots of strength. If Nagisa was already dead, it's unfortunate, but the body won't be easy to move. Then the police is going to demonstrate of how it's done. The policeman pretends he's the victim and the detective pretends that he's the murderer. The detective grabs the left leg of the wetsuit and pulls. The bag covers the policeman's left foot perfectly. While doing the other leg, the right foot with the bag got loose. The bag on the feet reduces friction. The box that Ran brought contains two bags and there are pedicure marks inside the bags. They match with Nagisa's feet. After murdering Nagisa, he hid her under the sand. The karaoke text was also his doing. Then, in the morning, he carried her over his shoulders. He used a certain object, so he won't leave any footprints. The crawler's wheels were the hint. Conan then shows the certain object and it's a big cardboard. He used the cardboard to move like a crawler's wheels. He entered inside with Nagisa on top of his back and moved on the sand. After leaving Nagisa, he returned. Kaishiro confesses to the crime. He reveals that it was yesterday, after Conan, Ran, and Kogoro left, Nagisa told Kaishiro that tomorrow morning, someone will be waiting for her. When things settle down, she'll send Kaishiro the divorce papers. The reason Nagisa married Kaishiro was for the money. Money was her goal. In the end while driving, Kogoro is listening to the horse race on the radio but now he lost. 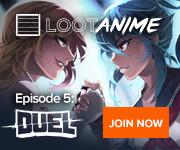