Show spoilers »
The fingerprints on Miwako's floppy disk reveals that the murderer of the case is Kitagawa the valet. After leaving the crime scene, he crawled on the floor toward the other end of the hallway with Nishioka using the trolley to hide his presence. Conan reveals that the plot of Miwako's novel is actually based on Kitagawa and Nishioka, who are the conartists that decieved an old man and stole his fortune, and once the police contact the victim of the case it will be a decisive evidence against them.

Kitagawa confesses that he and Nishioka are the suspects of the case that fled to the hotel after being chased by the authority. In a stroke of bad luck, they met Miwako who managed to deduce his identity as she was once a volunteer who took care of the old man that they had decieved. In exchange for not turning them to the police, Miwaki had Kitagawa tell her every single details regarding the crime, his feeling while committing it, and all of his escapes up until the present. Once he discovered that Miwako had written his and Nishioka's altered story into a novel, he sought to silence her before the final part that contains the fact that they're hiding at the hotel could be published. However, the two have a breakdown, as they realizes that even though they murdered her, their inescapable end cannot be changed, ever.

Show spoilers »
The solution to Chizu's puzzle is "Pitcher who throws" (ピッチャーで投げる) and "Use the Pitcher" (ピッチャーで使う), with both being based on Kojiro and Mayo's occupations. Arranging the 4 characters in the given order reveals that Chizu hid her bank account book inside the peanut box, her favorite snack. As the siblings fight with each other to claim their inheritance, Conan stops them and reveals that Chizu also hid a letter along with it.

The letter contains an apology from Chizu as she had realized that she was too strict with her grandchildren, causing a great rift between the three of them. However, she still wanted Mayo and Kojiro to reconcile with each other, like during their happy days building the bird house together. Understanding their Chizu's true feeling, the siblings agree to return to live together at their grandmother house once again.

Back at the Detective Agency, Conan finds Kogoro dead drunk and thinks to himself that Kojiro's plan of getting Kogoro to work for him for free wouldn't work in a million years.

Kogoro is hired by Seichi Kasuga, the manager of Shiho Natsuki, an actress who went missing five years ago. He suspects that her husband, Fuyusaka, is behind her disappearance and perhaps murder.

As they're investigating the Twin House, Conan finds several evidences that support Kasuga's claim. However, Kogoro and Ran went missing as well somewhere inside the estate.

Conan uses Shinichi's voice to call Inspector Megure to the Twin House and reveals the truth behind Ms. Shiho's missing as well as find where Ran and Kogoro were confined.

Afterward Ran and Kogoro are taken to hospital with Ran get mad that Shinichi doesn't show up to see them despite helping them through the phone.

Show spoilers »
The culprit is Gaichiro Fuyusaka. He drugged and confined Ran and Kogoro because they saw a sketch of a short-haired Shiho, which reveals that after she went to salon she returned home once. Also the clothes inside discovered car was folded as the same way as the one in Fuyusaka's house. Conan discovers that he confined Ran and Kogoro in the gap between the houses and the mountain and bunjee-jumped to rescue them. The police also found a sleeping bag that contain Shiho's skeletal remains. Fuyusaka then breakdowns and reveals that he killed her because she wanted to leave him despite that he still loves her.

The Beach of Murderous Intent[edit]

Conan, Ran, and Sonoko go on a beach trip and stay at the pension owned by a man named Keita Okagami. At the pension, there are two more guest staying with them: Okagami's old friend Tokunosuke Hamazaki, a former bank employee whose employer was connected to the corruption but resigned, and Toshiya Hayasaka, an interpret reporter keens on interviewing him about the stated incident. Later that day, the group heard Hamazaki arguing with someone in his room, and a mysterious woman is shown fleeing from the building shortly after. The next day, Hamazaki is found bludgeoned to death in his room, with the woman appears and reveals herself to be Rina, Hamazaki's wife.

Mystery of the Stuffed Toy[edit]

The Mysterious Incident at Garyou Lake[edit] 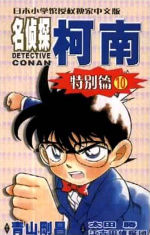 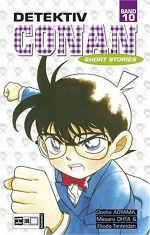 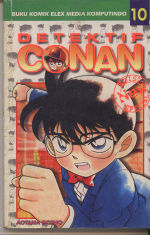 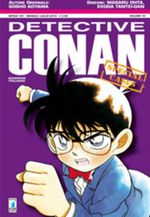 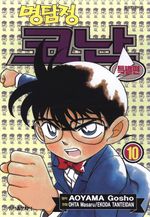 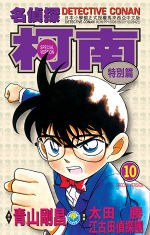 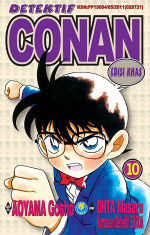 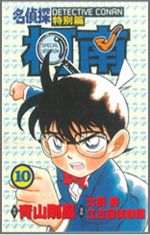 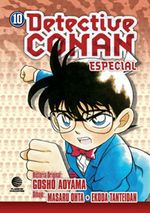 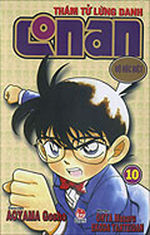