Kogoro receives an invitation letter to a concert at Haido theatre from Shuuhei Oosuka, the director. Ran and Conan go along with him. Upon arriving, they meet Sonoko and Shuuhei. Shuuhei is the father of Yui Oosuka, a young talented violinist who is considered the symbol of the Shintaitou orchestra. Her fiancé, Akira Asabuki, is even more famous as he is considered a prodigy and is chosen as the conductor for the concert. While talking to Shuuhei, Conan notices a serious look on the director's face.

After the concert, the group goes to the backstage to meet Akira and Yui. However, when they go to Yui's resting room, they discover a dead man inside.

The handkerchief found in the room proves that this is a murder. Based on the schedule for the concert and the guest book that has the victim's name, he arrived at the theatre through the main entrance at 7:30 pm, and the estimated time of death is from 7:30 to 8:30 pm. Later, Conan learns from Haruna about the accident of Rieko Hori.

After investigating, Conan finds out who the murderer is. But before he can tranquilizes Kogoro to reveal the truth, Sonoko suddenly says that she knows who is the culprit. She says that one person left his seat at 7:45 pm, and that person - Shuuhei Oosuka - is the murderer. Knowing that Sonoko is wrong, Conan puts Kogoro to sleep and begins his deduction.

The culprit is Akira Asabuki. Kusuda wasn't killed between 7:30 and 8:30 pm, but earlier than that, at around 7 pm. Kusuda didn't enter through the main entrance, but the back one. The page that contains Kusuda's name in the guest book was actually taken from another one a week ago, when Kusuda first came to the theatre. Akira put that page inside the guest book that has the names of the people arriving late to create his alibi. The proof is the bloodstain on the right sleeve of his shirt. During the concert, Akira didn't raise his his right hand as high as usual while using a baton, and he always used his left hand after the concert despite being right-handed, it was because he didn't want anyone to see the blood. The motive is that Kusuda had been blackmailing Akira about his secret relationship with Rieko Hori. Rieko's death was also a murder. After Akira and Yui were engaged, Akira and Rieko had a fight, and Rieko ended up dead. Akira then attempts to commit suicide with potassium cyanide hidden inside his pendant, but is stopped by Conan. 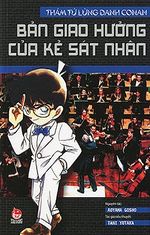 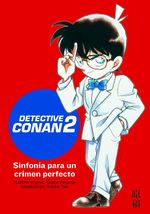 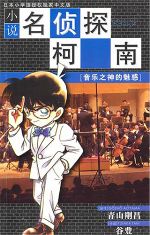 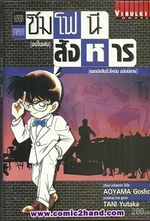 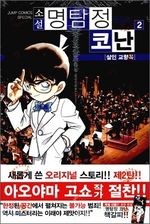 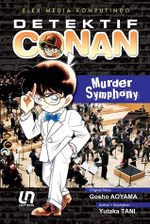