This sheet is meant to document the depictions and behaviors of characters who are known to be blinded on one side so that other blinded characters can be identified, even if they are hiding that fact.

In real life, people with a nonfunctional eye will lack corresponding peripheral vision. Thus they will be required to turn their whole face in order to see things on their blinded side, and may miss observations if they are out of sight. Blinded people also have problems with depth perception, especially at close range and thus may fumble unpracticed movements. Some of these limitations may be carried over to the manga if Gosho has done appropriate research. 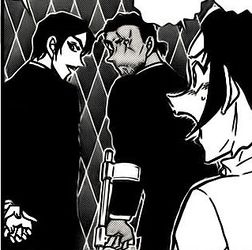 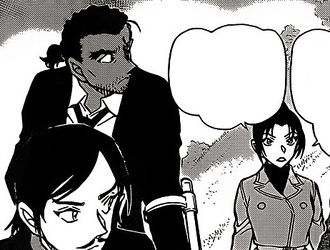 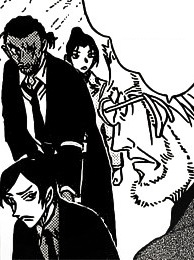 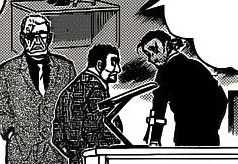 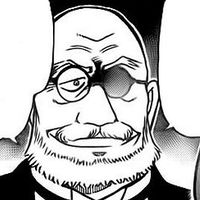 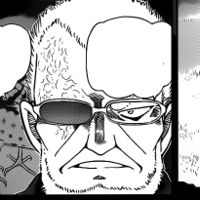 The purpose of gathering these data is to evaluate if there any quantifiable differences between full-sighted and part-sighted character depiction. The directions are relative to the character's own perspective. Between 11 and 1 o'clock is assumed to be straight for the purposes of this evaluation.

Yamato is blinded in his left eye. While Yamaoto may give aside glances at first when his name is called, he tends to turn his head fully toward the speaker when being spoken to or holding a longer conversation (Yamato vs Koumei). Koumei in contrast seems to be more comfortable speaking without turning his head fully if the speaker is still in his peripheral vision. Yamato holds conversations with people in his blindspot, so long as the conversation doesn't require him to see the other.

Kuroda is blinded in his right eye. Kuroda in his intro case very rarely spoke to anyone with his head turned. He either stood and looked at them directly or he didn't at all. This might be a hint in and of itself. People who don't turn heads could be more suspicious.

No apparent eye troubles. In chapters 966-968 and 978-979, no overturning according to the Kansuke criteria given above has been noted.

Recent left eye injury, but claims it will heal eventually thus allowing Wakita to work in the kitchen. As far as hypotheses go, if his story is true, it is reasonable to expect him to behave somewhere between normal and full eye out since he probably has not had time to ingrain head turning habits associated with long term loss of vision on one side. However, Gosho's actual depiction of this behavior though may not be at all in line with this hypothesis.

Minor MK case villain. Presumed to be blind in right eye because of glasses.

She's probably not going to be done because I don't think there is any chance of her being Rum, as she is the victim of a shrinking drug and the Akai family mom and all.

A control case for bulky geezers. His left eye took a sword slash and has a highly noticeable scar, but there have not been any mentions of it failing to work.

A control case, looking at cases since late Bourbon and the start of the Rum arc.