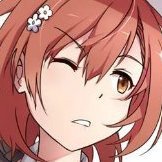 DCW IRL Round 9: The Chairman