Wataru Date was a former police officer from Tokyo Metropolitan Police District under the Criminal Investigation First Division. He was later assigned to be the mentor of Wataru Takagi,[2] and together they became known as the "Wataru Brothers."[3] He was dating an English teacher, Natalie Kuruma. Unfortunately, he got caught up in a car accident after one of his stake outs with Takagi and died one year ago.[2] A year later after his death, it was discovered that Date was an acquaintance of Rei Furuya, whom he had met while attending a police academy.[4] He also knew Jinpei Matsuda, Hagiwara and Hiromitsu Morofushi from the academy. Before his death he receive a package meant to be passed on to Hiromitsu's older brother Taka'aki, but it was left untouched in his locket for over a year.

Date was considered to be a "carnivore"-type of a man compared to Takagi (by Miwako Sato)[3] and could be described as an aggressive person.[5] In addition to these, he was also a kind and caring person as attested by his interactions with Takagi and his text message to Rei.[5][4] He was also very serious in his relationship with Natalie and was planning on proposing to her. 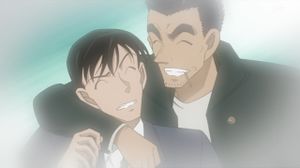 Date was Takagi's mentor and close friend. He passed away from a traffic accident. As the pronunciation of his name was the same as Wataru Takagi's, Date said they were "Wataru brothers" (ワタル・ブラザーズ ,Wataru Burazāzu?). Just before his death, he entrusted Takagi a ring for Natalie Kuruma, but Takagi never got to give the ring to Natalie, because he was still affected by Date's death and Natalie commited suicide soon after. When Takagi realized that Date's girlfriend was Natalie he took contact to the one, who claimed her personal things to inform them the truth, most likely out of duty to his late friend.

Date and Rei Furuya were friends in the police academy; Rei was the top-ranked student, while Date held second place. While Date went on to become an officer, Rei went somewhere else and fell out of contact with Date for unknown reasons. Date's last text to Rei asked him where he was and chided Rei to communicate once in a while. Rei was shown visiting Date's grave, and likely left a toothpick out of respect for Date; Date used them habitually. 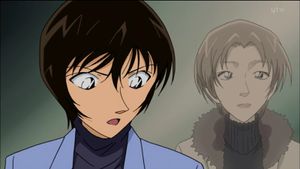 She was his girlfriend. When he died Natalie commited suicide in despair. Due to that Date's surname could be mistaken for the English word 'Date', since her mother was American, she would call him 'Wataru' when she told her parents about him. Date probably intended to propose to her after they had met each other's parents. It was misunderstandings around her death that a year later resulted in a trap, where Takagi almost got killed by Ryusaku Fuemoto, her ex-teacher of English.

Jinpei Matsuda attended the same police academy as Date. They also graduated together.

Kenji Hagiwara attended the same police academy as Date. They also graduated together.

Date was well acquainted with Hiromitsu Morofushi since they were good friends along with the three others and attended the academy together.

Wataru Date shares his first name with police sergeant Wataru Takagi, which prompted him to make a nickname for the both of them: "Wataru Brothers." However, the kanji that represented his first name was different to that of Takagi's. His name is written with the kanji 航, which has the ON-reading of kō (コウ ?). Meanwhile, Takagi's is written with the kanji 渉, which has the ON-reading of shō (ショウ ?).[3] This similarity in first name became an important factor in the Overnight Deadline case. Date's last name played an important role in the said case as well.[6]