Difference between revisions of "Volume 76" 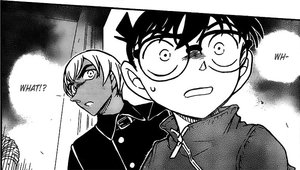 Conan and Amuro encounter a murder in the detective agency.

While Kogoro and the group are watching a news report on a recent bank robbery, Amuro stops by with sandwiches from the Poirot after finishing his part time job for the day. After commenting on the robbery, Amuro reveals that he wants the scoop on Kogoro's newest case request after deducing from Kogoro's appearance and habits that Kogoro had a case. Kogoro gets a text from the client requesting that Kogoro switch the meeting location to the Café Columbo, and Amuro goes with them after changing out of his work clothes.

At the Columbo, Kogoro explains to Amuro the request was to find the locker a key belongs to. The client fails to show, so Amuro, Kogoro, Conan, and Ran go back to the Mouri Detective Agency to make sure the client didn't actually turn up there instead. When Amuro arrives at the agency, he and Conan notice someone had broken in and appeared to have intercepted the client while they were out. Stepping outside, Amuro explains his deductions to the rest of the gang and that the culprit is hiding in the restroom. Before Amuro can open the bathroom door, a gunshot rings out, and Conan rushes in to find a dead man who apparently committed suicide with a gun and a taped-up crying woman.

The group escort Kei Kashitsuka back to her condo. Kei goes tidy her room but secretly leaves the condo with Conan following her. As Kogoro, Ran and Amuro waiting for Kei they start searching for listening devices as when Sera called Ran the former's voice wasn't clear. After they locate the final listening device in a suitcase under the bed, Kogoro, Ran and Amuro open it to find a man beaten to death inside it.

Kashitsuka drugged Conan with a fruit juice. Later they receive an email from Kei Kashitsuka and order them not to attempt to find her or she won't guarantee Conan's safety. Ran contacted Agasa for help while Kogoro and Amuro discovered more information.

From the evidence that Conan gathered during time at the gas station, he concluded that Kei Kashitsuka's real name is Serina Urakawa, a bank employee where the recent robbery took place.

File 799 - A Child's Curiosity and a Detective's Spirit of Inquiry

Show spoilers »
Serina isn't Kenya Shouno's younger sister but is his lover. The name Kei Kashitsuka actually belongs to the man that Serina murdered at Mouri Detective Agency, using shoe rope trick to pull the trigger. Her motive is to kill the three robbers that was responsible for Kenya's death and so she tracked down his friend named Kei Kashitsuka. However she stumbled across one of Kei's friends (one of the robbers) and in self-defense, killed him. After planted several listening devices, Serina heard that Kei will hire Kogoro to search for the location of the rest of money, and so she ambushed him at the agency. She used stun-gun on him, switched their belonging and used the trick described above to make it seem that she's a victim. 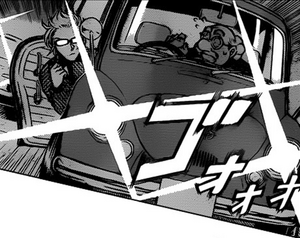 Okiya prepared to draw a gun and disable the kidnapper's car 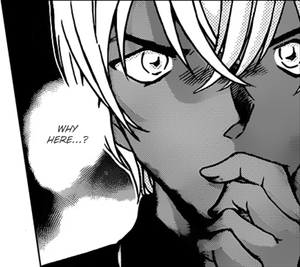 Amuro wonders why someone is present.

Conan then furthered his deduction by saying that he know that Serina will commit suicide after she murdered the third robber. Serina then accepted his condition and so he told her that the third robber's true identity is Takayo Tegawa. From the footage and information from Serina, Conan concluded that the third robber's true identity is Takayo Tegawa as both Toyokita and Furiya are right-handed (Tegawa is the only left-handed person). Tegawa's suspicious actions are also serve as an evidence, she bought beef-bowl rice to change the 10,000 yen bills number and she switched off her phone to prevent the police to find her. After the deduction Serina agreed to turn herself in but she said that one thing is wrong, she only took 2 guns from Kei Kashitsuka's hideout, alerting Conan that the third one must still in Tegawa's possession. They were later abducted by Tegawa, who used Conan as a hostage to intimidate Serina.

Fortunately, Okiya's car arrived at the scene just as they started driving away. According to the tracking device, Haibara figured out that Conan was inside that car. They informed Kogoro about this information, and Amuro then noticed their car running pass them on the other side of the street. He increased the speed to catch up with the trio, and crashed his own car into theirs in order to stop it. Sera, who had been closely following him this whole time, ran her motorcycle up and knocked off the robber. After everything was over, Vermouth arrived at the scene and gave Bourbon a call, asking him/her if he/she would keep his/her promise with her. Subaru, Amuro, and Sera all received a phone call at the same time Vermouth dialed leaving it unclear which one of the three is really Bourbon.

File 801 - The Person Who Never Smiled 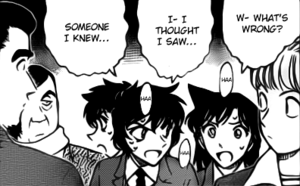 Masumi Sera is talking to Ran and Sonoko about Conan and Tooru Amuro. She decides to leave when she hears Conan isn't there, but she sees Scar Akai and goes after him. He hides before Sera can confront him. At the Konno's house, where the Detective Boys and Agasa are, Sumika is threatening Takushi with a knife because of supposedly having an affair with other women. Ayumi witnesses this but when everyone comes back to see what happened Takushi had stabbed his wife. Is this self-defense?

Sumika is in the hospital and Conan notices that her husband's behaviour is really suspicious. Besides, Haibara suspects Subaru Okiya could be her ex-brother-in-law, Dai Moroboshi.

This case wasn't self-defense but a murder attempt planned by Takushi Konno, who wanted to commit suicide. He took advantage of Sumika's personality and pretended to have hiccups. Sumika tried to scare him to get rid of the hiccups by threatening him with a knife, just as he had expected. He seized this moment and took the knife to stab his wife. As Ayumi was watching this, he managed to get an alibi and prove his innocence by making it look like a self-defense case.

It is discovered Sumika was actually pregnant. The doctors save her life and she forgives Takushi. Conan help covering up the details understanding that Takushi does truly regret his actions. And the police is informed that Sumika pretended to threated her husband with a knife to scare him of his hiccups, and the husband took it seriously and accidently stabbed her. Takagi is willing to let them off with a warning. Haibara says that she wouldn't forgive even one milimeter.

File 804 - The Present From Detective Takagi

File 806 - The Inherited Shadow of the Dawn

The detective boys remember that the man said something strange, ‘Tomorrow or the next day’ instead of ‘Tomorrow or the day after’. Conan asks if any of the women from the suicide cases was from Hokkaido, and Sato confirms that Natalie Kuruma was. Then Conan suspects that a relation of hers is responsible of the abduction of Takagi. The phrase ‘tomorrow or the next day’ is from Hokkaido. Conan thinks that Natalie was Detective Date’s girlfriend. What Natalie wrote on her calendar wasn’t the English word ‘Date’, but Date’s name in romaji. It was a symbol of Date’s visits. Because Natalie was an English teacher, Sato misread it. Conan further theorizes that Natalie hadn’t learned of Date’s death and killed herself believing she had been dumped. Takagi must have realized the connection between Natalie and Date and decided to tell her family the truth for the sake of his friend’s memory. Sato remembers that Takagi had been seeing crying over a sticker photo in his notebook – which used to belong to Date. If it was a picture of Natalie, Takagi might have looked up her picture in the case file to compare them. As for how this could lead Takagi to end up in a death trap, Conan suspects that Natalie, whose mother was an American, might not have told her parents her boyfriend’s full name, to avoid confusion with the Date name, and just told them he was Wataru-san, a detective from the police headquarters. If Takagi contacted Natalie’s family, asking them for a meeting to discuss Natalie and introduce himself with his full name, like most people would do, the family might have drawn the wrong conclusion and assumed that Takagi Wataru was Wataru-san, the police detective who drew Natalie to suicide by dumping her, and decided to take revenge on him. Sato doesn’t think that it was the family, since Natalie’s parent were killed in the car accident on their way to retrieve Natalie’s body, but somebody did retrieve her body, a colleague from the school, who had lived in the same hometown, Natalie grew up in, and considered her a daughter. 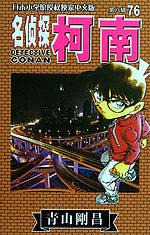 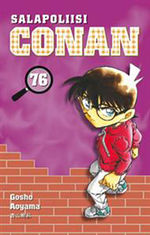 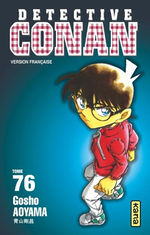 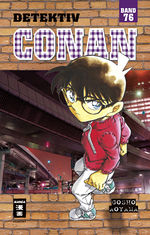 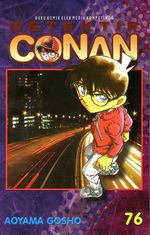 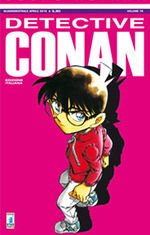 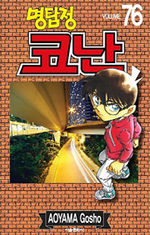 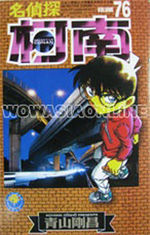 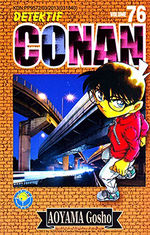 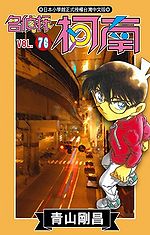 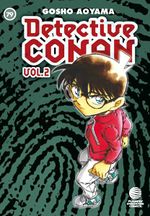 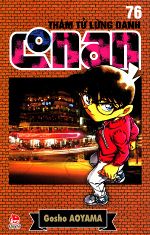 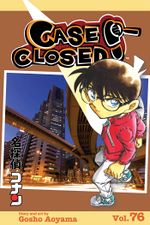