Something along the lines of he's in Metropolitan Police Department Division 1 and in charge of arson investigation, but you probably can understand it better than I can. (I only know how to read, not really how to translate.) If it helps, the official English translation says: 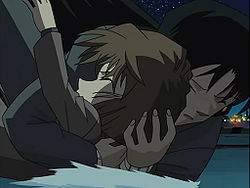 You won't happen to have another screenshot of that scene would you? The one you have is a bit squashed in the vertical direction. I could desquish it if you like but it would make the image smaller. Chekhov MacGuffin talk 15:37, 13 October 2012 (UTC)

They switched aspect ratios midway through the show to wider I am pretty sure. Notice all the other screenshots you posted were from recent eps. Chekhov MacGuffin talk 02:24, 14 October 2012 (UTC)

I'd probably start a topic about it and ask for some insight. The Sankei interview is most likely legit; Wikipedia makes Sankei out to be reasonably important. The actual interview got wrapped up in some other fake versions floating around, so nobody paid attention. Only a little bit of it is relevant to the story. The first is about if DC will reach 100 volumes, the second is about the boss. The rest of the article is Gosho's personal history.

My crappy text glossing suggests Gosho definitely specified the full name (フルネーム), but I can't tell if he goes further than saying "the boss's full name has appeared" (versus "the boss has appeared with his/her full name"). I would first corroborate Mina's translation with someone else who is experienced and make sure they consider conservative reasonable readings because the two possible phrasings are rather close but have drastically different meanings. Chekhov MacGuffin talk 04:21, 31 October 2012 (UTC)

I agree with you about the ugly. Frankly I think we should use the manga version. We did that for several Sera pictures because it was the time of year when all the half-decent animators were kidnapped by the DC movie team. Chekhov MacGuffin talk 07:26, 16 February 2013 (PST)

Thanks for the nicer looking square images

Thanks for uploading new versions of the char images with the white background. They look nice.Chekhov MacGuffin talk 23:49, 17 August 2013 (PDT)

Clearing the tag off after finishing cleaning

Please remember to take the appropriate tag(s) off the page when you have completed cleaning an article. Please also document what you have done on the article's talk page for the reference of other editors. That's what this page says [[1]] Thank you for the hard work Calia Archer

I thought you forget. Yes thank you again :))))

Oh no, it turned out to be adding a cleanup tag :D Ohkay then you should read what I wrote above. Thank youuu ^_^

No it's okay ^_^ Well actually I am intended to edit these kind of pages that require analyzing, but for the time being, I'm working on some episode pages of DC and will start editing MK series soon. So I hope everyone will benefit from it. ^_^ I also saw your editing. You really do a nice and elegant job. Please keep it up. Thank you :D

Images that need to be brighter

I agree with you, but shouldn't they say that in the manual [5] ? I actually got a little bit confused because when I re-sized the image, it didn't look nice, but I just said to myself that I should act just like the manual requires. There are examples, however, of images indicating newer episodes in this section [6]. I followed it when I uploaded this image [7]. So don't blame me in the end ^_^. I mean, they should check the manual every time and then to see if it needs updating, don't you think ? All in all, I uploaded a new version ^_^. Thanks btw :) Calia Archer: talk 20:37, 11 September 2013

Was patrolling recent changes. I laughed at that picture upload exchange. You two are awesome. Chekhov MacGuffin talk 15:33, 11 September 2013 (PDT)

I wanna you to Change the Image of People Manga in Volume 28-33: 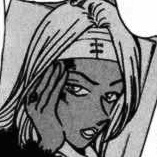 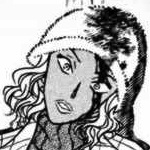 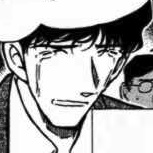 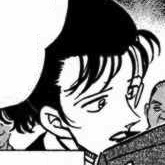 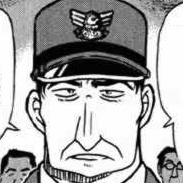 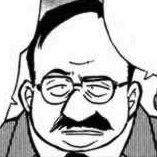 Really thank you for making both images look even with same height. But I wonder if this could be also applied with Kaitou Kid different looks images :) --Calia Archer: talk 06:48, 21 September 2013

Sure ‎Chekhov is very awesome (❁´◡`❁)*✲ﾟ*. But I haven't cleared that Kaitou Kid different looks images should be the same in terms of width, have I? ヽ(^。^)丿 .That's why I will see what I can do in the next days because I will re-watch all of the episodes in which Kaitou Kid appears. Wish me luck （ ´∀｀） --Calia Archer: talk 07:41, 21 September 2013

Sonoko joked about secretly liking Heiji in file 255, page 7 when Kazuha said that Heiji didn't come to the school play.

Hello BD! Good call! I actually made some updates to the system last week-end and it indeed looks like our image conversion tool was not detected anymore. I reinstalled and reconfigured it. It should work now. Let me know if there's any problem. We may have to delete or re-upload the images that were uploaded recently with no thumbnails? Unless the wiki is now smart enough to redo the thumbnails on the fly. If it isn't the case, simply re-upload the images. Thanks! --Maurice talk 09:52, 29 October 2013 (EDT)

Who's that user that write Seung Jin information on this wiki ? i think Chekhov mad to him or something ?

About the date format

I don't think one format can be forced over another, people should write however they like. it's not like all people in the world use the American format, or this site has a majority of visitors from the US --Al-mousawi (talk) 09:14, 11 November 2014 (CET)

While that is true, we should keep the articles consistent with each other as much as possible. The dates have been like that in every other article. Also, if people's writing styles are to be respected, there's no reason to change it like you did in the first place. Okay so maybe they changed yours first, but I still stand by my point that we should stick to the original format. --- Black ★ Demon 09:36, 11 November 2014 (CET)

OK no big deal. The American format is used everywhere in this wiki, unlike other wikis like Wikipedia, so if you see it's better to keep it consistent across the articles it's OK by me. --Al-mousawi (talk) 16:41, 12 November 2014 (CET)