The Melting Cake! (ケーキが溶けた！ ,Kēki ga toketa!?) is the 898th episode of the Detective Conan anime. This episode is a pre-story for Zero the Enforcer.

Conan, Ran, and Kogoro go to Cafe Poirot in the morning for breakfast. Kogorō barges in before the shop actually opens causing Azusa to be angry. She, however, welcomes Ran and Conan to come in as well. Azusa uses IoT (Internet of Things) to control the electric kettle to boil water sometime before they reach the cafe. As they have breakfast, an issue seems to be happening with Amuro's cake. Last night when he prepared it, it was perfect but this morning it has melted. The Detective Boys call Conan using the Detective Badge informing him of the Professor's latest invention, a drone. While the communication is taking place, the rotors of the drone suddenly start spinning and it flies and crashes into the roof causing Agasa to be disappointed. He goes inside to fix the drone. Conan witnesses the panic on the other side. 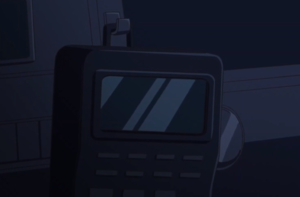 Kogoro exclaims that he forgot the real reason he returned to the cafe. He hands out a government-issued notice. Some of the roads will be closed temporarily due to the event of Tokyo Summit being held on May 1st. Amuro has also taken leave from Cafe Poirot for that day. Conan says that after all, he wasn't disregarding his duty as a Public Service Officer.