Difference between revisions of "Kaze no Lalala"

Kaze no Lalala is a single by J-pop singer Mai Kuraki that was released on May 28, 2003. The titular song is the 12th opening of the anime. The single itself was a smash hit, peaking at number three on the weekly charts and selling over 96,000 copies. 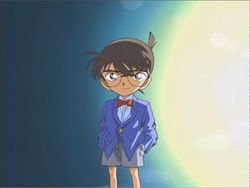 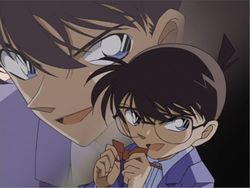 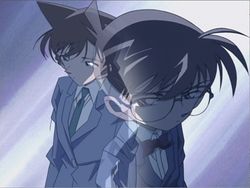 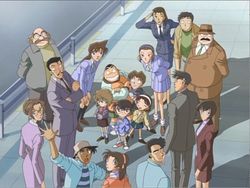 Kagayaita kisetsu ni tadori tsuita mirai ni
Mayowazu ni hitomi shinjite kaze no lalala...
Afure dashi sou na fuan ni namida wo kakushita kinou ni
Tooi omoide to imanara ieru kaze no lalala...
Feeling you in the ocean breeze
It's as if the two of us will melt into the silver waves
Wishing that time will just stop now
The city seems so far and small
I won't let go because I decided on you

The future we arrived at
During the sparkling season
I'll believe in what I see without doubt
The wind's lalala...

In the future I hid my tears
At this hesitation that's about to overflow
I can call it a distant memory now
Wind's lalala...

Those days that I was grouchy
The beach I was with you
It's there without any change
The wind's lalala...

I held back on the hand you held
Believing in my honest feelings
I can call you my important person now
Wind's lalala...

I suddenly get the urge to hug you
When I see your gaze
After the wind's touch, once again
I carry this feeling
And choose you

The future we arrived at
During the sparkling season
I'll believe in what I see without doubt
The wind's lalala...