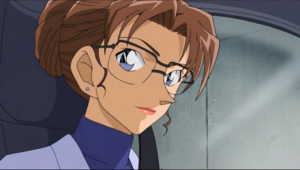 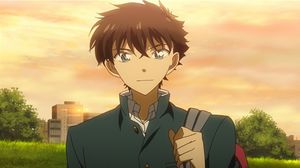 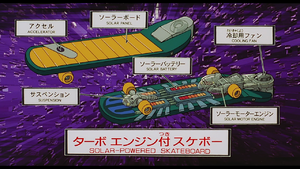 The Turbo Engine Skateboard (ターボエンジン付きスケートボード ,Tāboenjin-tsuki Sukētobōdo?) is the seventh gadget created by Hiroshi Agasa for Conan Edogawa, the protagonist. It helps Conan move faster to catch criminals but can only work in the daylight. Although it has appeared numerous times in the anime, Gosho Aoyama only depicted it twice. Learn more ... 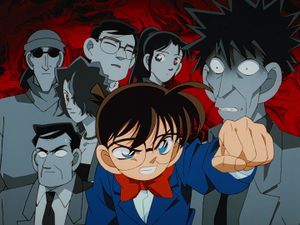 The Moonlight Sonata Murder Case (ピアノソナタ「月光」殺人事件 ,Piano Sonata "Gekkō" Satsujin Jiken?, known under the same name in the FUNimation english dub) is the eleventh episode of the Anime franchise Detective Conan. In the case, Kogoro Mouri, the great detective, Conan, and his daughter Ran have to go to Tsukikage Island to investigate the request of a certain Keiji Asoh, who turns out to have died years ago. Upon their arrival, a murder spree affects the most important town members and the detective has to solve it before other people get killed. The truth is surprising and the town will never be the same again. Learn more ...