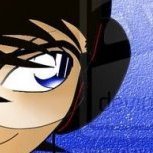 If you hate ONE thing about Conan

If you hate one thing about Conan. . .